The HS standard is an international product classification protocol used by customs officials for levying tariffs and controlling quotas on imported goods.

U.S. exporters need to know their product's Schedule B and HS numbers to:

• Determine applicable import tariff rates and whether a product qualifies for a preferential tariff under a Free Trade Agreement. The U.S. Schedule B number is usually very similar, if not the same, as the importing country's HS number.

• Complete the Shipper's Export Declaration, Certificates of Origin and other shipping documents.

The HS Classification is a 6-digit standardized numerical method of classifying traded products. HS numbers are used by customs authorities around the world to identify products for the application of duties and taxes. Additional digits are added to the HS number by some governments to further distinguish products in certain categories.

In the United States, numbers used to classify exported products are called "Schedule B" numbers. Schedule B numbers, not HS numbers, must be provided on the Shippers' Export Declaration (SED).

There is a difference between the HS classification number and the Schedule B number. The HS number is an internationally accepted code. The basic HS code contains 6-digits, known as a subheading. The Schedule B is a 10-digit code built upon the first 6 digits of the HS code. Additionally, the Schedule B code is a U.S.-specific coding system used by the U.S. Government to monitor U.S. exports.

ThinkGlobal Inc., the publisher of the Schedule B app, also manages the ThinkGlobal.com trade leads portal.

Schedule B data has been updated to 2016. 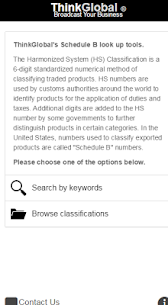 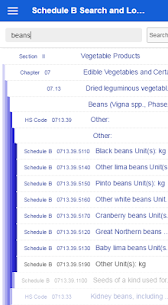 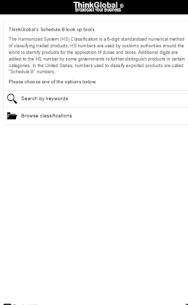 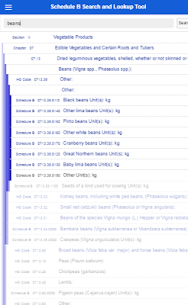 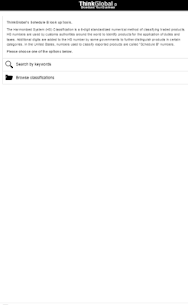 How to install Schedule B & HS Classification APK?