Lionel B On The Run R Endless Running Heist Game

Get ready to play the most adventurous fun game and make your journey adventurous with Lionel B On The Run game.
Download APK
0/5 No votes
Report
Developer
AppmaginationzUpdated
Jul 30, 2020Size
25.48 MBVersion
1Requirements
4.1Downloads
100+Get it on

Get ready to play the most adventurous fun game and make your journey adventurous with Lionel B On The Run game.

Lionel B On The Run is an endless running mobile adventurous game where the player is Lionel B, the YouTube celebrity blogger from the Lionel B Show is the main character, Leylah a super hip black woman or the cute and cuddly bear named Bourgy. After looting gold from the U.S. treasury, the player chases their way to freedom after the bank heist dodging huge boulders while escaping. As they run, they grab gold stars out of the air while simultaneously dodging collisions with thorns and other objects, and can also jump on the top of the hills to look for shortcuts. In this challenging run game, you will have simple gaming controls to play with. Players of Lionel B On The Run will find easy touch buttons on the screen for jumping, shooting and moving in all directions. You can run till you want, unless the hard obstacles prevent you to go ahead.

The game speed will keep increasing to make it more difficult for you. You must jump through the obstacles to advance further. Collect extreme gold coins that come along your way and score the maximum points. You can use these gold coins to buy new advanced and powerful characters or guns. The game appears very simple but it’s not so easy! Try it out!

The player can collect various items such as stars, score and booster packs. By swapping rapidly as speed increases, more stars and score can be acquired. 2 additional characters can be unlocked via in-game purchases and players can collect specific items. The characters in the game wear clothing similar to the Watch Dogs series.

•It compromises classic run styles and you can experience the fun of avoiding thorns while running.

Waiting for you to collect cool characters

•Unlock Leylah, Bourgy Bear, to round out all the classic characters.

Lionel B On The Run Features:

You can download this game without any cost and play freely and you can play this game in your free time and kill your bored journeys. 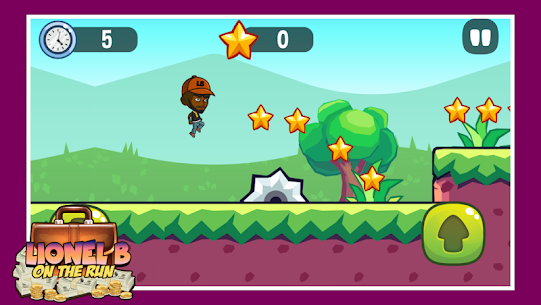 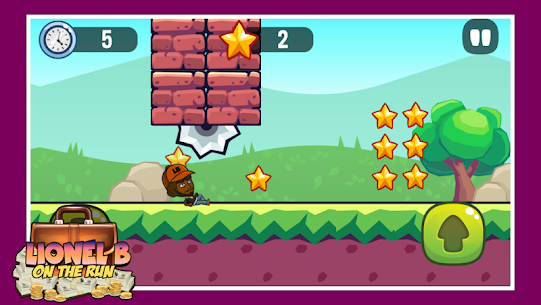 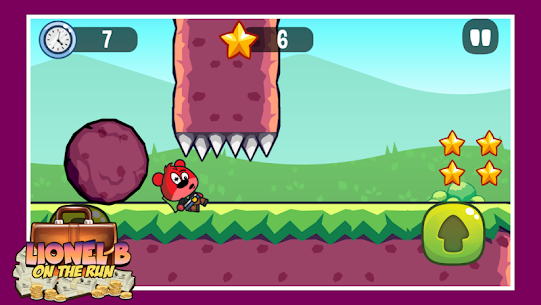 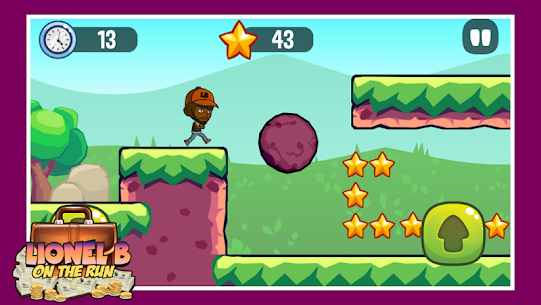 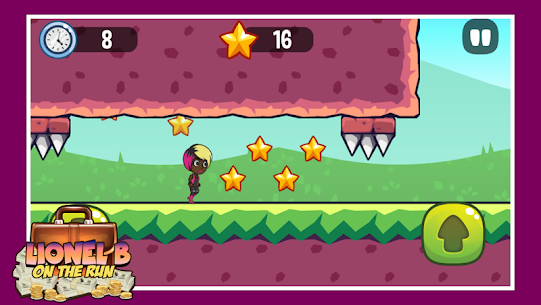 How to install Lionel B On The Run – Endless Running Heist Game APK?