We were able to make for you what can be boldly called animation instructions of folding origami 'light' version - without the 'heavy' 3D that's taking a lot of memory of your device. Animated instructions are an origami tutorial step by step.
Download APK
4.5/5 Votes: 2,627
Report
Developer
Ray New StudioUpdated
May 25, 2016Size
8.7MVersion
1.0.12Requirements
3.0 and upGet it on

We were able to make for you what can be boldly called animation instructions of folding origami ‘light’ version – without the ‘heavy’ 3D that’s taking a lot of memory of your device. Animated instructions are an origami tutorial step by step.

How to make an origami easily? Our origami animation will help you: step by step animation schemes of simple origami making will help you create your own masterpiece that can be colored and used as you like.

Origami is useful: it can always create a good mood!

With the help of origami you can cheer up a bored office worker by just writing a greeting on a wing of a paper plane and sending it to the nearby desk while your boss isn’t watching.

If you forgot about your friend’s birthday, make a little box or a basket, put a surprise inside and your gift is ready!

Fold a little house, place your address or a business card inside, write ‘Welcome!’ on the roof and your invitation will be answered!

You could even confess in love by folding a sweet valentine heart and by writing your confession on it.

You could have fun with a lot of people by making origami out of paper. How to entertain guests? Make a competition: whose paper plane flies up higher, whose windmill is the fastest, whose jumping frog jumps farther, whose sailboat sails over the puddle into ocean… And if you make something that is called a ‘water bomb’ the fun will become even more exciting!

But while folding origami you could also rest with the peace and philosophy of Ancient Japan, where the art of folding paper came into the world and became a hobby to many. We will help your children to fold paper into origami shapes, and by this to keep the children occupied with use: origami folding develops fantasy, logic, attention, patience, spatial thinking, fine motor skills. Education passes joyfully!

You can free download traditional origami models that have understandable classic diagrams: animals, birds, flowers, boxes, planes, sailboats, for fun, for a party, and many more figures out of paper and even fabric, simple and difficult origami models for beginners and for advanced, for kids and for adults.
Origami challenge.
Origami master.
Origami for Christmas:
Christmas tree
Santa Claus Christmas
Santa boot
snowflake Christmas
snowflake of Christmas

A large number of origami and the most famous of them: crane, dinosaur, flower, box, dove, rabbit, giraffe…
Difficult schemes of folding origami will be simple and easy to learn if you download our app for phone and devices with a simple interface and easy navigation.
Make your own toy! Make origami toys!

Learn to fold amazing figures out of paper in an origami technique! 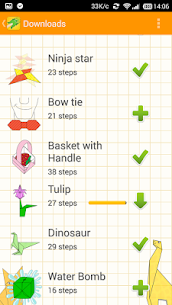 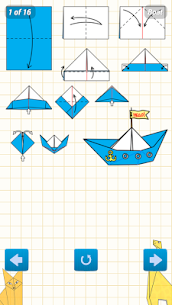 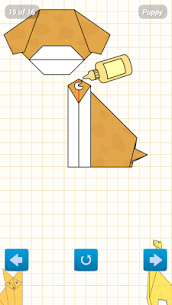 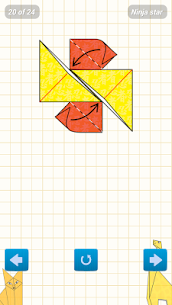 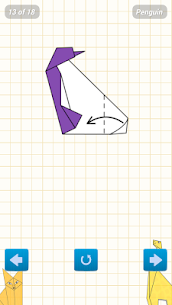