Are you a fan of awesome rifles like the AK-47 Kalashnikov? We'll then you've found the right incremental clicker game.
New
Download APK
0/5 No votes
Report
Developer
Get Cool GamesUpdated
Aug 17, 2022Size
126.23 MBVersion
1.0Requirements
6.0Downloads
1,000+Get it on

Are you a fan of awesome rifles like the AK-47 Kalashnikov? We'll then you've found the right incremental clicker game.
This rifle was part of the Soviet Army military equipment right after world war two. Combine the firepower of a submachinegun with the range of a sniper rifle and you have got a Kalashnikov

You can now feel the realistic gunfire sounds and special effects like vibration and camera flash in your phone while you play war games with your friends at school or at home! Use weapons found in your favorite action games and shooting videogames with unlimited ammunition and fire your weapons earning coins for each bullet fired
Upgrade your AK47 for more gunfire sounds and earn more coins for each bullet fired. Increase your firepower and your earning power

Tap on the screen with your finger to shoot your AK-47 rifles with unlimited ammunition.
Earn money and switch between the different powerful weapons. Unlock all the special AK-47 models each with high shooting power and realistic gunfire sounds with camera flash special effects.
the best features of the American soldier's weapon, the M1 rifle and the German armed forces, the StG 44

Pay attention to the screen and use the bonuses to double your shooting speed and accumulate income faster or to double the amount of coins you have
This is a free shooting game with high quality sound effects and no violent action or scary images
Tap on the phone screen with your finger and shoot your firearm. Get money, hear gunfire and unlock rifles!

Fool around, prank adults and scare your friends with realistic Kalashnikov rifle. Hear the gunfire sounds with vibration special effects and camera flash to simulate the flash of gunpowder explosions

If you enjoy assault games with military weapons, you will love our other gun clicker video games
This game is made for entertainment purposes only and contains no graphic violence nor human or fictional blood 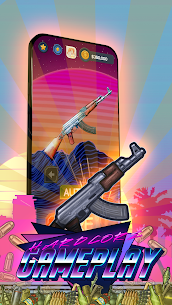 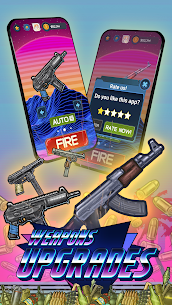 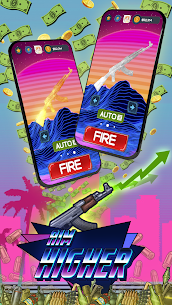 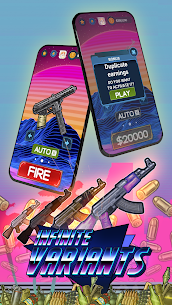